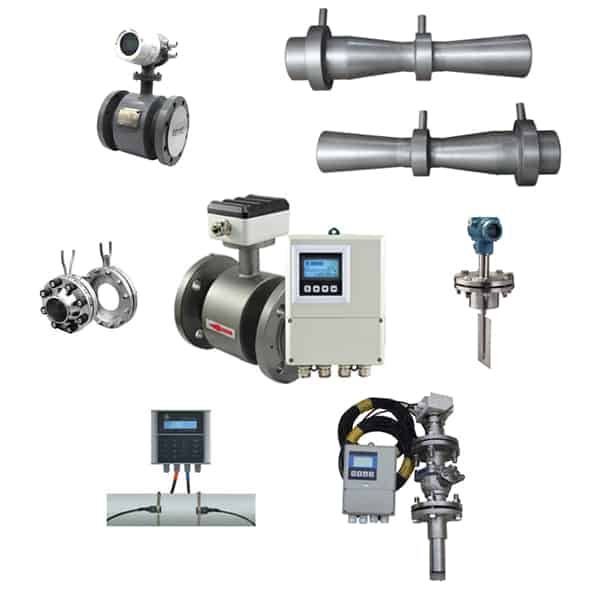 Before choosing a drinking water flow meter, you need to consider some practical measurement factors as well as cost. 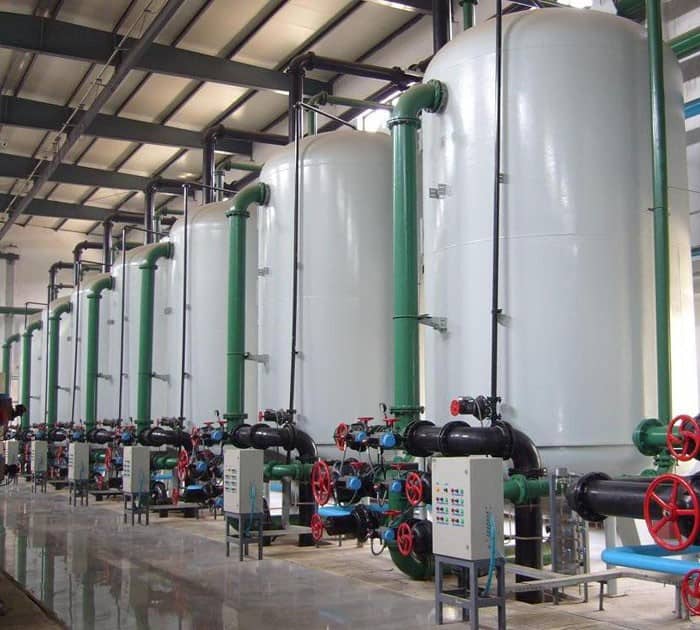 Sanitary turbine flow meter, also called tri clamp turbine flow meter. Made of 316ss or 304ss to meet the food grade. With pulse output, 4-20mA output, LCD display, Sanitary flow meter can show the flow rate.
SI-3203 Sanitary Turbine Flow Meter is a flow meter applied in industries:
pharmaceutical, food, beverage for measurement,
batching, control, filling, etc.
Rotating part of the flow meter is made of special material, that possesses good anti-corrosive and rust proof performance.
SI-3106 Sanitary Magnetic Flow Meter is specially designed for measurement of food liquid,
like milk, cream, juice of various fruits, pharma liquid etc.
It is available with compact or remote version of transmitter,
can be installation either horizontally or vertically,
with a variety of optional end-fittings to meet your requirements. 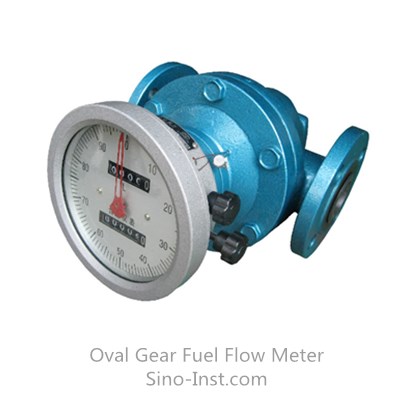 There are various types of mechanical flow meters that measure flow using an arrangement of moving parts. Either by passing isolated, known volumes of a fluid through a series of gears or chambers (positive displacement, or PD) or by means of a spinning turbine or rotor.

All positive displacement flow meters operate by isolating and counting known volumes of a fluid (gas or liquid) while feeding it through the meter. By counting the number of passed isolated volumes, a flow measurement is obtained. Each PD design uses a different means of isolating and counting these volumes. The frequency of the resulting pulse train is a measure of flow rate, while the total number of pulses gives the size of the batch. While PD meters are operated by the kinetic energy of the flowing fluid, metering pumps determine the flow rate. 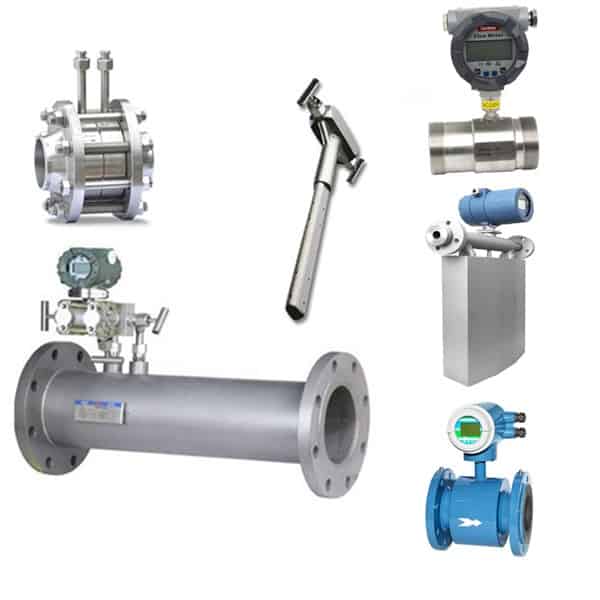 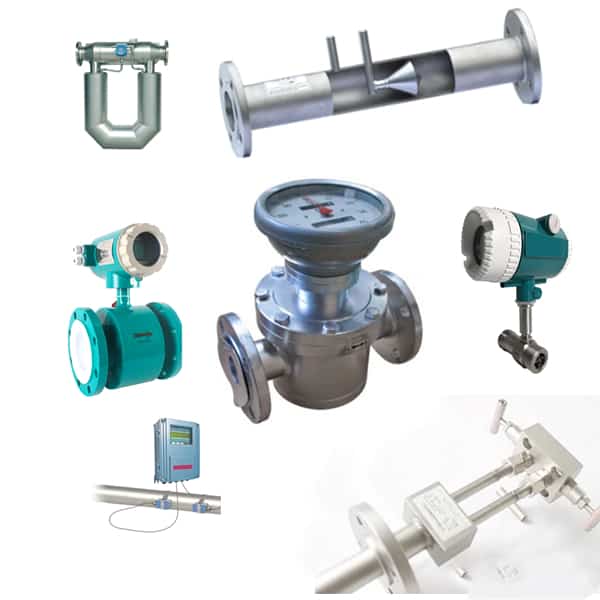 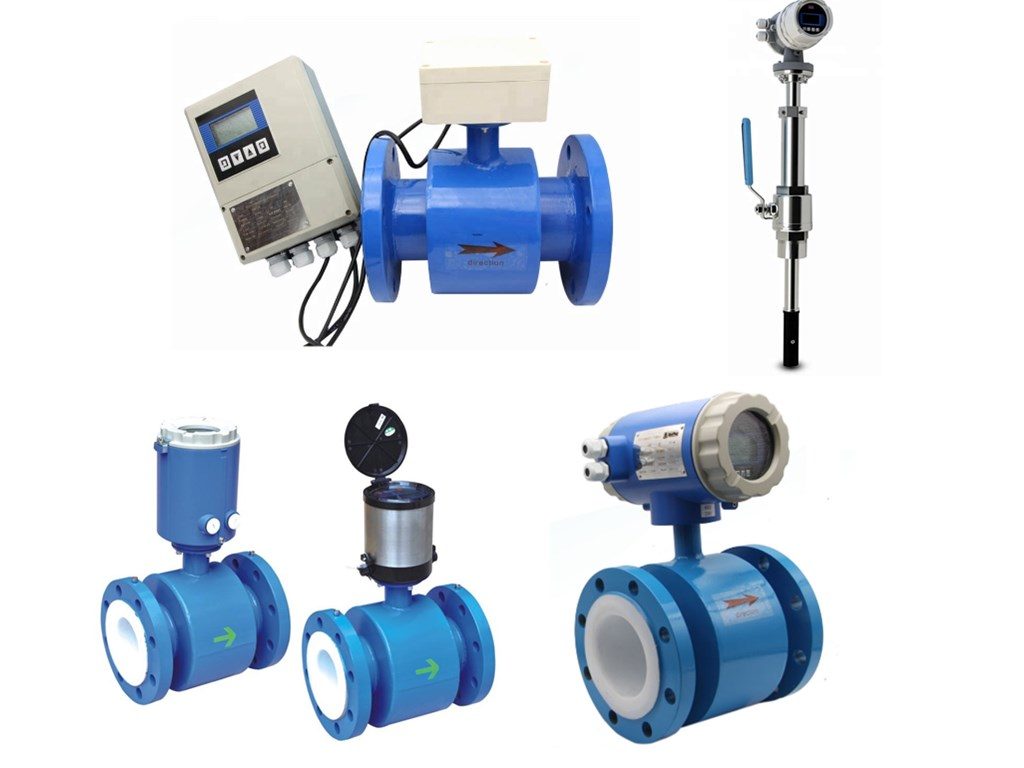 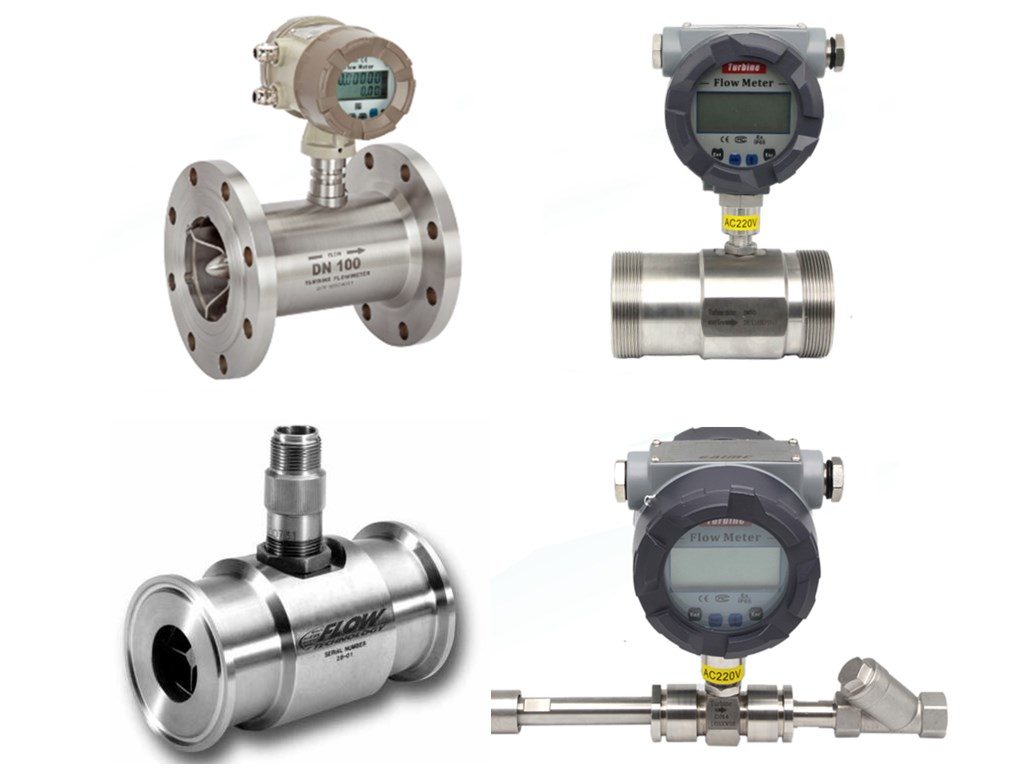 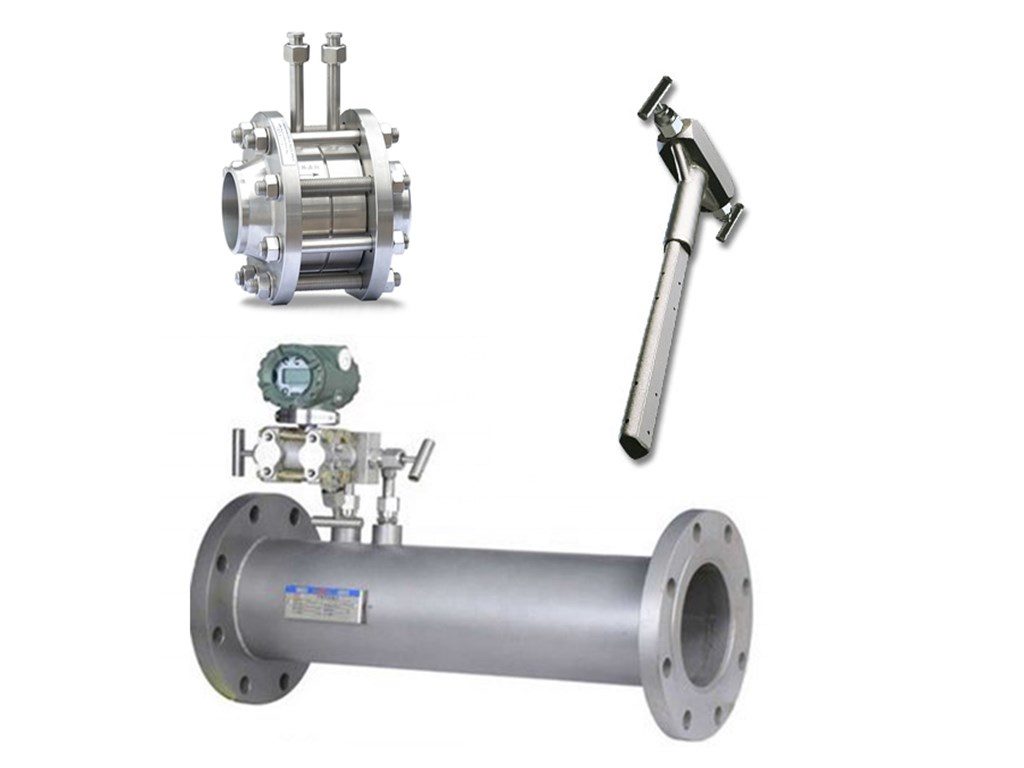 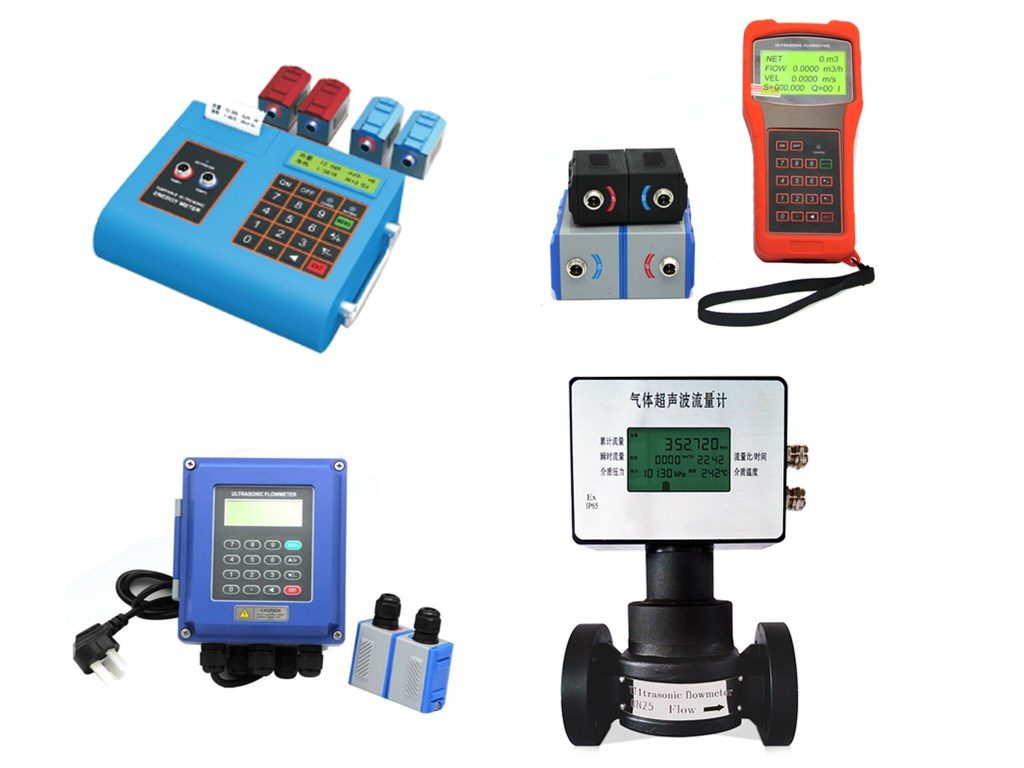 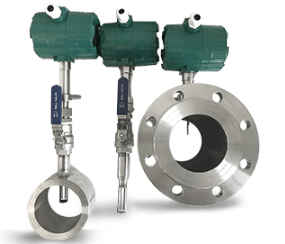 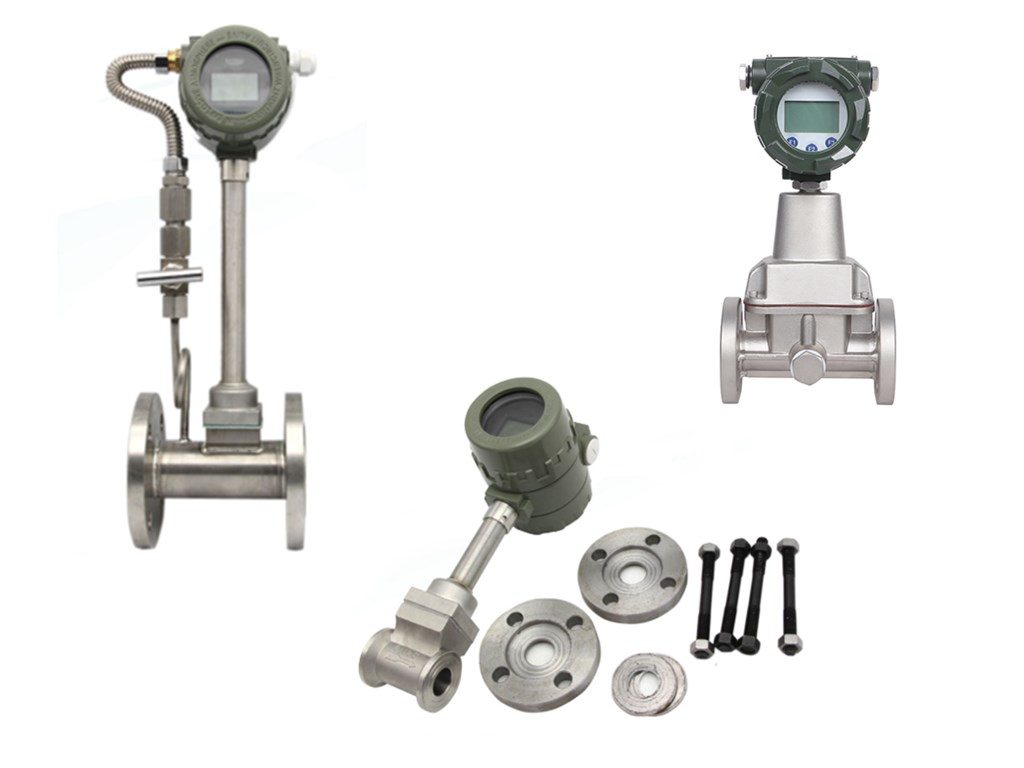 How do you measure water flow rate?

The measurement of river and channel flow mainly uses the contact flow measurement technology. The most commonly used methods are the rotor flow meter method, the ultrasonic time difference method, and the Doppler ADCP method. The disadvantages of the rotameter are mainly manual operation and high labor intensity. However, the rotameter has the disadvantages of mechanical inertia and slow response speed. It cannot measure rapidly changing turbulence, and the rotameter needs regular verification and maintenance , When the flow is large, it cannot measure into the water. The disadvantage of the ultrasonic flowmeter used by the ultrasonic time difference method is that the instrument has higher requirements for water quality. The instrument must work in clean water, and there should be less floating objects in the water. Time accuracy is poor. The main disadvantage of the Doppler ADCP method is that it must carry out shipborne measurement, which requires manual operation. The accuracy is poor when measuring water quality with high sediment or impurity content. It cannot be measured for channels with smaller widths and when the flow is large The ship was also unable to work.

How much do flow meters cost?

How do flow meters work?

Flowmeters are devices that measure the rate of liquid, gas or vapor that passes through them.

Some flowmeters measure flow as the amount of fluid passing through the flowmeter during a time period (such as 100 liters per minute).

Other flowmeters measure the totalized amount of fluid that has passed through the flowmeter (such as 100 liters).

Flow measurement can be described by :
Q = A x v

Q is flow rate, A is the crosssectional area of the pipe, and v is the average fluid velocity in the pipe.

Putting this equation into action, the flow of a fluid traveling at an average velocity of a 1 meter per second,

through a pipe with a 1 square meter cross-sectional area is 1 cubic meter per second.

Note that Q is a volume per unit time, so Q is commonly denoted as the “volumetric” flow rate.

Where W is flow rate (again – read on), and rho is the fluid density.

Putting this equation into action, the flow rate will be 1 kilogram per second,

when 1 cubic meter per second of a fluid with a density of 1 kilogram per cubic meter is flowing.

(The same can be done for the commonly-used “pounds”. Without getting into details — a pound is assumed to be a mass unit.)

Note that W is a mass per unit time, so W is commonly denoted as the “mass” flow rate.

Now — which flow do you want to measure? Not sure? In some applications, measuring the volumetric flow is the thing to do.

Volumetric flow may be of interest to avoid overflowing a tank,

where liquids of differing densities can be added.

(Then again, a level transmitter and high level switch/shutoff may obviate the need for a flowmeter.)

Consider controlling fluid flow into a process that can only accept a limited volume per unit time.

Volumetric flow measurement would seem applicable. In other processes, mass flow is important.

Consider chemical reactions,where it is desirable to react substances A, B and C.

Of interest is the number of molecules present (its mass), not its volume.

Similarly, when buying and selling products (custody transfer) the mass is important, not its volume.

How does a clamp on flow meter work?

In the flow detection of liquid media, the clamp-type ultrasonic flowmeter made by the ultrasonic detection method that has been used for a long time. And has become a standard flow detection product. In the field of chemical product production, especially in the measurement of corrosive media or media harmful to human health. People are most willing to use this non-immersive ultrasonic testing method. But these advantages are not limited to instruments for liquid detection.

We specialise in measuring the flow of a liquid in a pipe by using clamp on /strap on sensors. These are high frequency sensors that penetrate through the pipe wall and the liquid to determine the fluid velocity, flow rate and total.  The most common types of clamp on technologies use a doppler or transit time propagation technique. 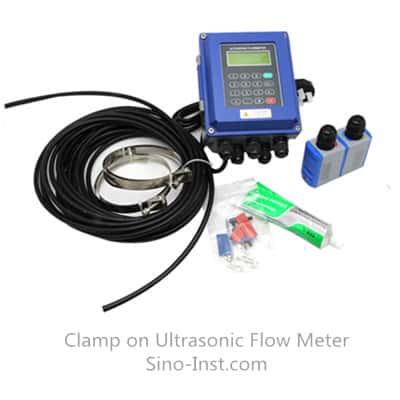 Digital water flow meter, is the electronic flow meter, which display the flow rate of water. Different Industrial liquid, different pipe for 1 inch, 2 inch, use different flow meters. The different sensors include turbine, ultrasonic, orifice plate, venturi, or with shut off switch. All these flow meters, with LCD display, 4-20mA output, or other outputs. The different designs of the flowmeters have a variety of applications.

Diesel flow meter is the inline Turbine flow meter dedicated to measure diesel fuel flow. The diesel flowmeter uses a Turbine to measure. It first converts the flow rate to the speed of the turbine. And then converts the speed into an electrical signal that is proportional to the flow. This flow meter is used to detect the instantaneous flow and the total accumulated flow. Its output signal is frequency, which is easy to digitize.

A wide variety of water flow meter options are available to you, such as free samples, paid samples.