Electromagnetic flow meters, also called mag meters or magnetic meters. Magnetic Flow Meters are volumetric flow meters.
Mag meter is ideal for wastewater applications, or any dirty liquid which is conductive or water based.
Accuracy over a wide flow range can be as good as ± 0.5% of flow rate or better.
RFQ NOW

We will offer you the suitable Flow Measurement Solutions !

Introduction to Magnetic Flow Meters Technology. How They Work & What Is It? Their applicaitons and use.

What are Electromagnetic Flow Meters?

How does a magnetic flow meter work?

Magnetic flow meters use the principle of Faraday’s Law of Electromagnetic Induction to measure the flow rate of liquid in a pipe. In the magnetic flowmeter pipe parts, a magnetic field is generated, and channeled into the liquid flowing through the pipe. Faraday’s Law states that the voltage generated is proportional to the movement of the flowing liquid. A conductor moving through a magnetic field produces an electric signal within the conductor. And the singal is proportional to the velocity of the water moving through the field. As fluid flows through the magnetic field, conductive particles in the fluid create changes. This variation is used to measure and calculate the velocity of water flow through the pipe. When the fluid moves faster, more voltage is generated. The electronic transmitter processes the voltage signal to determine liquid flow.

What is the principle of magnetic flow meter? - Faraday's Formula

Faraday’s Formula
E is proportional to V x B x D where:

To apply this principle to flow measurement with a magnetic flow meter. First is to state that the fluid being measured must be electrically conductive for the Faraday principle to apply.
As applied to the design of magnetic flow meters, Faraday’s Law indicates that:
the signal voltage (E) is dependent on V, B, D.
V is the average liquid velocity ;
B is the magnetic field strength ;
D is the length of the conductor ( which in this instance is the distance between the electrodes).

How to Use Magnetic Flowmeters

What is a mag meter used for?

The construction of magnetic flow meters is that the only wetted parts are liner and electrodes. Both the wetted parts can be made from materials that can withstand corrosion. So, magnetic flow meters can measure many corrosive liquids and abrasive slurries.
Magnetic flow meter liners and electrodes can be constructed of materials that do not contaminate the liquid. So Magnetic flow meters can be applied in sanitary applications.
Applications for dirty liquids are found in:
the water, wastewater, mining, mineral processing, power, pulp and paper, and chemical industries.
With proper attention to materials of construction,
the flow of highly corrosive liquids (such as acid and caustic) and abrasive slurries can be measured.
Corrosive liquid applications are commonly found in the chemical industry processes,
and in chemical feed systems used in most industries.
Slurry applications are commonly found in the mining, mineral processing, and wastewater industries.
For slurry service, be sure to size magnetic flow meters to operate above the velocity,
at which solids settle (typically 1.5 – 2 ft/sec),
in order to avoid filling the pipe with solids that can affect the measurement and potentially stop the flow

Industries that Use Magnetic Flow meters

Magnetic flow meters are well suited for a variety of applications across a range of industries including:
Pulp and paper;
Metals and mining;
Water and wastewater;
Food and beverage;
Chemical;
Petrochemical;
Oil and gas. 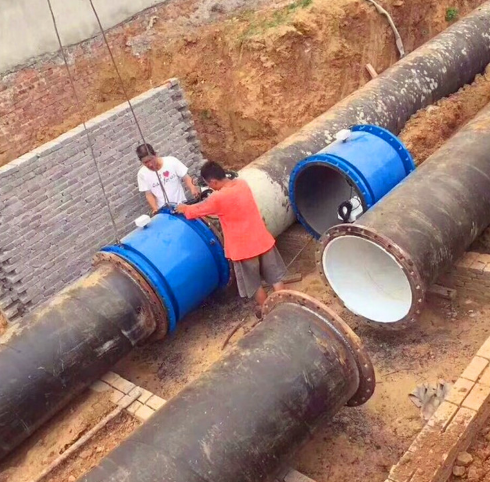 Why does a magnetic flow meter need grounding?

The electromagnetic flowmeter signal is weak, only 2.5~8mv at full scale. Only a few microvolts when the flow rate is very small, and slight disturbance will affect the measurement accuracy.
So, the transmitter casing, shielded wire, measuring conduit and transmitter of the pipes. They must be grounded, and the grounding points should be set separately. They must not be connected to common ground lines such as motors and electrical appliances or to the upper and lower water pipes.
The converter part has been grounded through the cable, so do not ground again to avoid interference caused by different ground potentials.

The key questions which need to be answered before selecting a magnetic flow meter are:

Insertion magnetic flow meter, with easy installation, is suitable for use with conductive fluids,
including water, raw sewage, wastewater, clarified water, RAS, and WAS. Available process connections include hot-tapped, DIN and NPT threads