Target flow meters also known as drag force flow meters. Insert a target (drag element), usually a flat disc or a sphere with an extension rod, into the flow field. They then measure the drag force on the inserted target and convert it to the flow velocity. The structure of target type flowmeter: a measuring tube (housing), a new capacitive sensor, a choke, an integrated display and an output part. The target type flowmeter has the characteristics of high accuracy. Capable of measuring various media. For example: water flow, fuel oil, liquid diesel, air flow measurement. 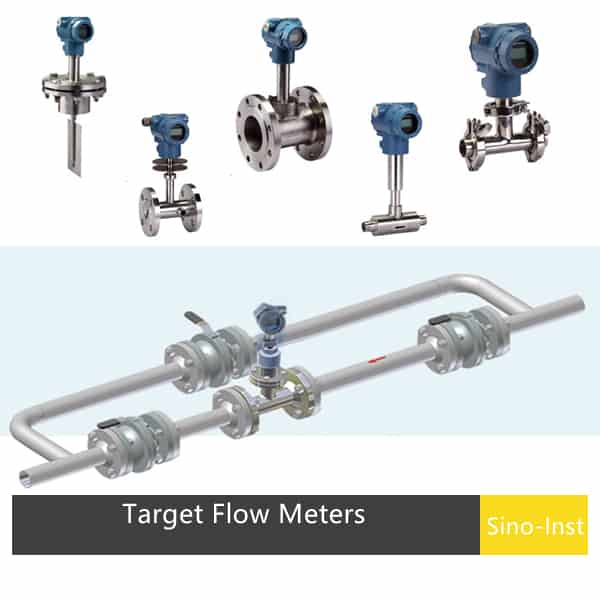 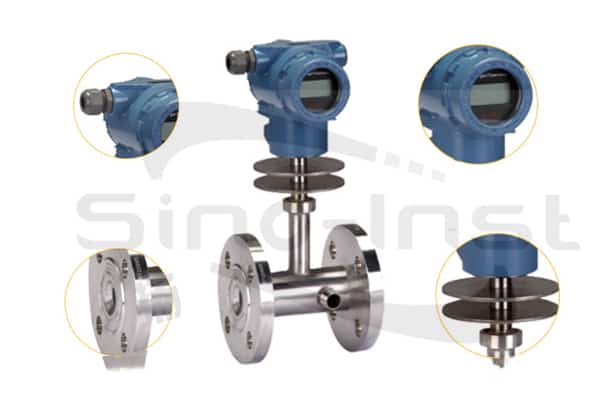 Sino-Instrument offers Capacitive target flowmeter. Capacitive target flowmeter is a new type of capacitive force inductive flowmeter. Developed on the basis of traditional target flowmeter. And developed with new sensors and microelectronic technology. It has both orifice plate and vortex flowmeters. The characteristics of no moving parts. High sensitivity, accuracy comparable to volumetric flow meters, and a wide range. The use of a chip-level capacitive force sensor and an efficient anti-overload structure design are the key cores for the new product to achieve high precision and high stability. In addition, it has unique anti-interference and anti-impurity performance. Our capacitive target flow meters can replace the conventional flow measurement. It has a good adaptability to the difficult flow measurement conditions. Such as high viscosity, dirty media, easy to set and block, high temperature, low temperature, and strong corrosion. It is widely used in petroleum, chemical industry, metallurgy, power. Pharmaceutical, environmental protection, food and other fields. 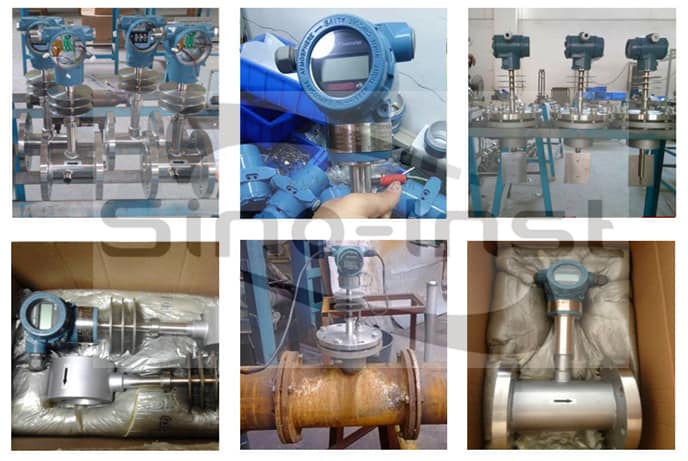 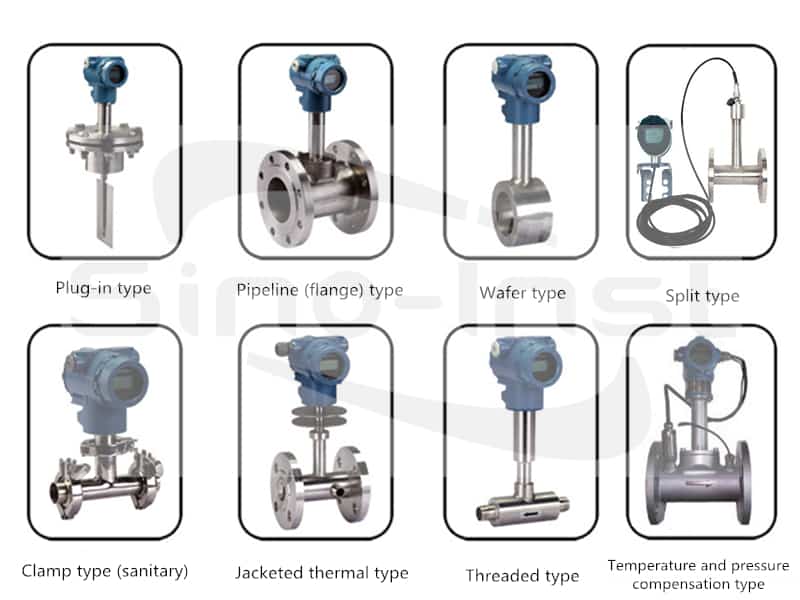 SI-3706 target type flowmeter is a new type of capacitive force inductive flowmeter. It has the characteristics of no moving parts such as orifice plates and vortex flowmeters. And has high sensitivity, which is comparable to volumetric flowmeter accuracy, wide measuring range. The use of a chip-level capacitive force sensor and an efficient anti-overload structure design are the key cores of the new product to achieve high precision and high stability. The unique anti-interference and anti-impurity performance, in addition to replacing the flow that can be measured by conventional flow Measurement problems. Especially in high viscosity, dirty media. Easy to set and clogging, high temperature, low temperature, strong corrosion and other difficult to measure flow conditions have a good adaptability. Widely used in petroleum, chemical, metallurgical, power, pharmaceutical , Environmental protection, food and other fields. 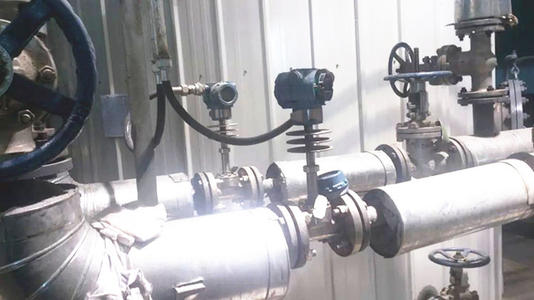 Target flowmeters measure flow by measuring the amount of force exerted by the flowing fluid on a target suspended in the flow stream.

The force exerted on the target by the flow is proportional to the pressure drop across the target.

Similar to differential pressure flowmeters, Bernoulli’s equation states that the pressure drop across the target (and hence the force exerted on the target) is proportional to the square of the flow rate.

When the medium flows in the measuring tube, the pressure difference caused by its own kinetic energy passing through the blocking member (target). And has a force on the blocking member. The magnitude of the force is proportional to the square of the velocity of the medium.

In the formula: F —— the force of the choke (kg)
Cd-object resistance coefficient
A ——Axial projection area of ​​the choke on the measuring tube (mm2)
ρ ——Density of medium under working conditions (kg / m3)
v-average flow velocity of the medium in the measuring tube (m / s)
The force F received by the choke member (target) is transmitted to the capacitive force sensor via a rigidly connected transmission member (stem).

And the capacitive force sensor generates a voltage signal output:
V = KF
In the formula:
V——Voltage output by the capacitive force sensor (mV), K——Proportional constant, F——The acting force of the choke (target)
So, after the voltage signal is pre-amplified, AD converted. And processed by the computer. The corresponding instantaneous flow and cumulative total can be obtained.

The target type flowmeter is suitable for a variety of occasions and measurements of various media. In order to ensure satisfactory results, it is recommended to pay attention to the following when selecting a model:
1) Determine the required common flow, and determine the maximum flow by 1.5 to 2.5 times the common flow.
2) Specify the standard of the mounting flange and the form of seal, especially for special installation requirements.
3) When ordering, the user should indicate the medium of the fluid to be tested and give the density of the medium.
4) If you need to measure special media, you can directly recommend the required measuring tube materials in addition to the measuring tube materials provided by the company. 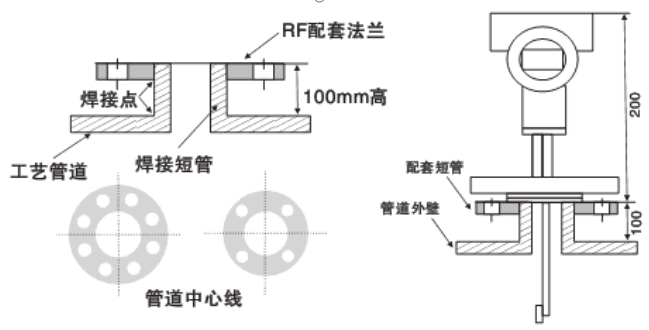 The nominal diameter of the connecting short pipe and flange is DN100mm, the liquid is DN50mm, the flange specifications are GB 1.6MPa, 2.5MPa, 4.0MPa, and the sealing surface is RF. 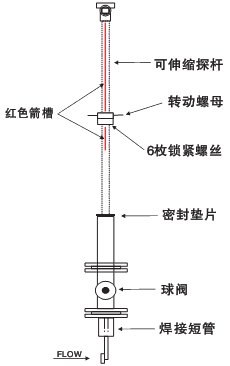 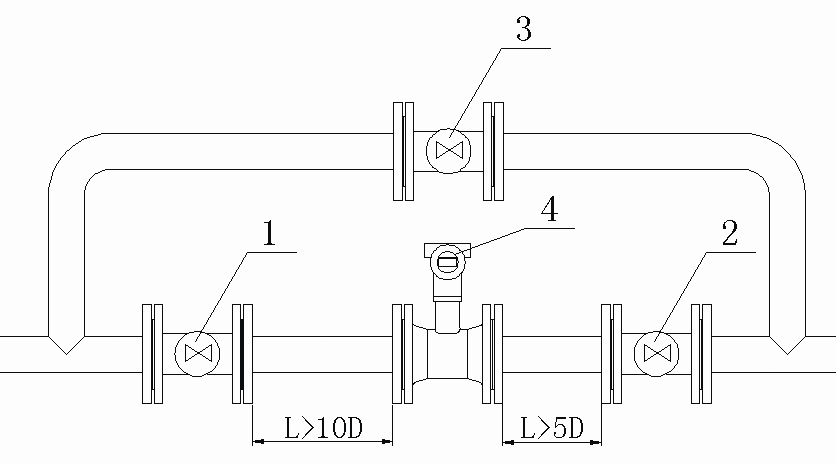 What are the different types of flow meters?

For different working principle, We offer different types of flow meters, like:

How does a turbine flow meter work?

How does a vortex flow meter work?

Vortex flow meters are suitable for measuring steam as well as a variety of liquids and gases. As fluid moves across a vortex meter shedder bar, vortices form. The frequency of the vortices shedding is proportional to the fluid velocity.

Even for the steam flow rate, Vortex flow meters are the perfect choice. Pressure and Temperature compensation ensure measurement accuracy. When measure steam or gas flow in pipes with variable operating pressure and temperature.

What does a Coriolis meter measure?